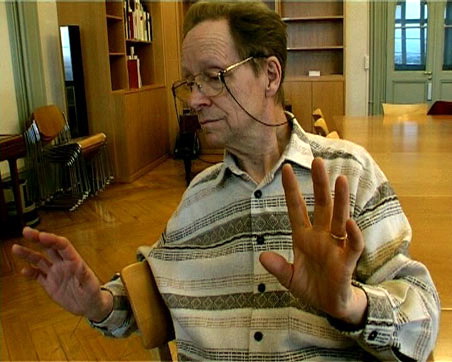 My long and mysterious relationship with Henri Pousseur began with the first performance by a new musical ensemble which would dominate my life for the next quarter century. On May 17th1978 in the austerely classical St John’s Smith Square, Electric Phoenix gave its first meticulously prepared, well publicized and eagerly awaited recital. I, a budding sound designer, listened with especial interest. As the sumptuous motifs of David Bedford’s The Way of Truth echoed and re-echoed above our heads in the sold-out hall, I muttered to myself, “I want them! They’re mine!”

But later that night I was having second thoughts. I wrote to a friend:

Tonight’s free-wheeling freak-out was slick as a greased fire-pole, trendy, often exciting, funny, mind-blowing (lots of 2001 electronic effects), a free joint with every ticket. And yet. And yet . . . I’ve a feeling that the music that’s going to be around for a while may not come out of super-theatre events like tonight. But maybe not; Shakespeare wrote for the masses and retired as soon as he’d made enough money  to afford to do so. I just don’t know. . .

Fortunately for me and for my future, my vacillating mind was soon made up for me by events. Shortly thereafter I was asked to record the vocal materials for a major Electric Phoenix commission, Henri Pousseur’s Tales and Songs from the Bible of Hell. Hugh Davies of Goldsmith College was to assemble the pre-recorded performance tape, but he became ill. With three weeks to go before the first performance, I was asked if I would take it on. Almost impossible to accomplish but even more impossible to refuse! 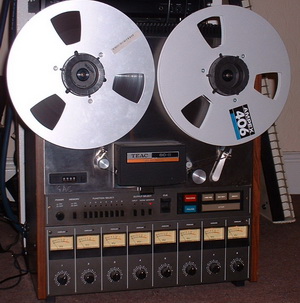 The piece was to begin with a splendid arrangement for four voices of a John Dowland solo air, Lacrimae. Most of the vocal material was based on this thematic material. The assembly instructions consisted of many pages of scores together with precise directions as to the manner of assembly. Pousseur assumed the use of two four-track tape recorders plus a stereo recorder. I had just acquired the newly-released eight-track Teac [left], which would make the task a lot easier and involve fewer generations of copying, so my first task was to rewrite the instructions. This task and the much more complex task of carrying them out in such a short time were made possible by the fact that Henri’s instructions were precise, logical and internally consistent.

With only three weeks to complete the project, I had to plan my time session-by-session. I set myself a schedule of 252 hours, broken down into three four-hour sessions per day: 8-12, 1-5 and 6-10. I was ultimately saved from madness by the fact that I was able to stay on schedule, thus holding out the vital promise that I would indeed finish on time.

Some parts of the procedure would have made John Cage smile in approval. One sequence included a single line which was produced by re-recording a vocal passage several times, then cutting the tape into short segments, dropping these into a box and then reassembling it from the pieces drawn at random from the box. Their direction was not to be reversed, so each segment required offset marking at the editing point. When the tape was spliced back together (which consumed an afternoon of welcome occupational therapy), I re-recorded it by an accelerating process which required putting the recorder into fast-forward with the tape against the playback head, holding the speed back by hand and gradually allowing it to go faster and faster. The effect was of a garbled voice line which accelerated into a terrifying screech. On modern digital equipment, this could be accomplished with a few minutes’ programming and the push of a button, but the result would be clean, impersonal and seemingly effortless. At that moment in Tales and Songs, the labour required for the endless cutting and splicing is at least subliminally detectable.

I felt throughout this entire procedure that I knew exactly what Pousseur wanted. Only once did I telephone him for confirmation. He had sent me a tape of electronic music for incorporation and because of the sounds it contained I was uncertain whether it was heads-out or tails-out. He told me that it was heads-out—end of conversation. 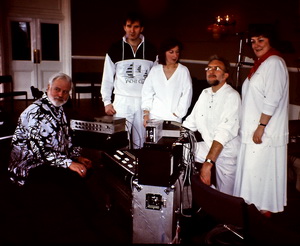 When I arrived at the Hot Theatre I was delighted to find that the sound system included four Altec Voice of the Theatre speaker systems like those on which the tape had been mixed in my own studio. There had been no time to send Henri the tape in advance. When he had heard it through, he nodded and said, “Yes, that’s what I had in mind.” At dinner that evening his assistant Pierre Bartholomew sat next to me. He questioned me at some length about what consultation there had been during the tape’s assembly. He couldn’t believe that it had been assembled from merely written instruction—it sounded to him exactly as though Henri had constructed it himself.

Three years later, when Tales and Songs was included in the first Electric Phoenix LP for Wergo, I wrote a programme note describing how the piece had taken shape: 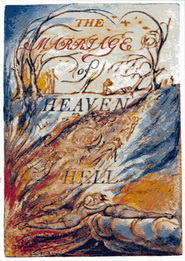 Both the germinal sources and the formal structure of Tales & Songs are mystical and numerological. When asked in 1979 to compose a work for Electric Phoenix, Henri Pousseur was deeply immersed in the study of Dowland's Flow my tears and Blake's Marriage of Heaven and Hell. The commission from an English group fortuitously allowed him to perform a marriage ceremony of his own.

The union was blessed with a remarkable issue. It opens with an ingenious four-part realization of Dowland's accompanied song, out of which evolves a fantasia in four continuous movements: an allegorical journey from hell to heaven and back, ending with a "leap into the void which is between our solar system and the fixed stars”. With the exception of two brief excerpts from earlier orchestral and electronic pieces, the music is derived totally from the Dowland, though sometimes transformed beyond recognition. In the pre-recorded tape which accompanies the singers, a single phrase may be lowered four octaves to provide a drone, or re-recorded dozens of times and spooled at high speed across the heads to create an accelerating frenzy—thus the work becomes at times a simultaneous multilayered theme-and-variations. But no matter how complex the treatment (some segments passed through as many as twelve stages), the elements cohere, partly because of their common vocal and thematic origins.

With the exception of speed changes, the "live" voices of Electric Phoenix are subjected to the same electronic treatment as in the tape: ring modulation, band-pass filtering, and digital reverberation. This is done by means of four vocal synthesizers designed and built for the group by Ian Macintosh and controlled by the singers themselves, thus integrating vocal and electronic performance with an exactitude which would be otherwise impossible. 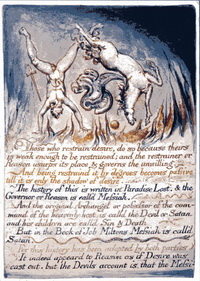 Dowland's Lacrimae, Pousseur writes, is "a spiral of tears to oppose the torments of love", while Blake's Marriage of Heaven and Hell "opposes love's torments in a much more baroque and theatrical manner, without completely obliterating the terror which is perhaps the most profound source of these works." (Other literary sources briefly quoted include Poe, E.E, Cummings and Dylan Thomas.) Blake’s title is ironic. Hell, he believes, is merely a negative way of looking at energy; heaven, in the mouths of preachers, a form of senile innocence. The poem, moreover, is no marriage of convenience but a dynamic juxtaposition of the opposites that make up the Yin and Yang of existence. "Mutual forgiveness of each Vice, / Such are the Gates of Paradise.”

Finally, a personal note. The pre-recorded tape was assembled in three weeks, entirely from written instructions, and was heard by the composer for the first time an the day of performance. No subsequent changes were necessary, This demonstrates, of course, that Pousseur knew exactly what he wanted and how to achieve it; but it also suggests that we are indeed in an area of mystery. If the "energy end imagination” transmitted through Dowland, Blake, Pousseur, and Electric Phoenix reach the listener intact, as Charles Olson's Projective Verse tells us that they must, then he is in for a remarkable experience.

Henri Pousseus: Tales and Songs from the Bible of Hell: the recording together with the libretto

My three-decade involvement with Henri ended in 2009 when Robert White at the Guardian asked me to write his obituary, thus giving me the opportunity to express my final and deeply felt appreciation.