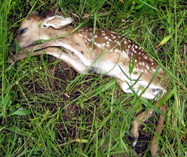 You, dear Joyce, were my very first lover. If I had known that someday you would be one of America's foremost lesbian scholars . . .

Of course, you were not not the first girl with whom I made love, but you were the first with whom I had an extended, intimate and loving relationship. At nineteen you were so scintillatingly brilliant that, though still an undergraduate, you were the reader for the U. C. Berkeley Philosophy Department's fiendishly difficult Symbolic Logic seminar, for which you corrected the papers of mostly male grad students. They were rather older than either of us—one was older than both of us put together!

That really turned me on—I'd always been attracted to my intellectual or creative superiors. But you were as emotionally chaotic (your word) as you were intellectually brilliant. And no wonder! You told me that you were raised a Roman Catholic and that you had been made pregnant while still in high school (you didn't want to talk about how or by whom). Your parents, of course, were devastated. They searched their consciences and, having decided that scandal was even worse than mortal sin, they paid the necessarily extravagant sum for a professional but illegal abortion.

They—particularly your mother—never let you forget it. You had been admitted to Zeta Tau Alpha, an elite Cal sorority *, but your parents wouldn't let you live there; instead you were kept virtually under house arrest. After we'd snatched a few daylight hours of bliss, you decided that you'd lived long enough under their parental thumb and so you asked me to pick you up at your house and drive you with a few books and clothes to the Northside residential co-op, your very first home away from home.

When you met me at the door, your father was standing just behind you, simmering with rage. You showed me to your room, where I picked up the first box and headed for the car. He was still waiting and as I tried to pass him he knocked the box out of my arms.

I don't know where I got the confidence, but I suggested that we all sit down and talk it over. After an hour's discussion, we had persuaded them that you should be allowed to take responsibility for your own life—no mean accomplishment on both our parts!

Alas, dear Joyce, you were to prove rather more proficient at dealing with mathematical than emotional equations. But you were such a passionate, spontaneous and ingenious lover! You were hardly more experienced than me, but what enthusiasm, what inventiveness! And it was contagious—once, on a sudden inspiration, we silently and unobtrusively brought each off in the shared back seat of a taxi. But sadly, after all our virtuosic foreplay, there was always an ultimate and insurmountable barrier. Your earlier experiences had made even the threat of penetration unbearable. You were deeply sympathetic with my frustration and disappointment and told me often how sorry you were for us both.

But the body always finds a way. One night I drowsily half-entered you when you were asleep, so gently that you didn't awaken until the climactic moment. You shared my ecstatic delight, but alas—clever me, I had made you pregnant again. I offered to marry you, but you refused. We remained together and after a couple of months you phoned to tell me that you had spontaneously aborted (was it really spontaneous?), thus relieving us both of an imminent crisis. 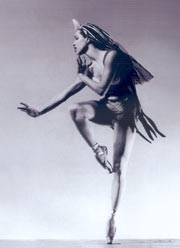 You were so totally passionate, dear Joyce, about everything you did and thought! You had an incredibly supple body and had had ballet training—you sometimes demonstrated difficult holding positions to me and did them remarkably well. In fact, you once told me that you had always wished you could have been a professional dancer. I have a vivid memory of us standing wrapped together at the back of the San Francisco Opera House for a performance of Stravinsky's Firebird by the NY City Center Ballet with Maria Tallchief dancing the lead. At the climax of King Kastchei's infernal dance, I felt you spontaneously reach a climax of your own. 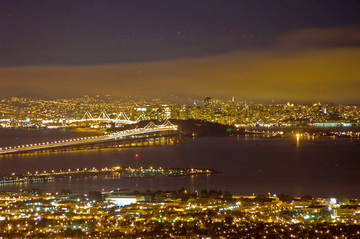 Our relationship was very tender and affectionate—for me, it would set a memorable standard. But you were emotionally fragile. Often you'd lapse into anger or depression, during which I would hold you in my arms, trying somehow to comfort you. But there were also moments of sheer magic. In exchange for a free room, I was the part-time resident gardener for a sprawling wooded estate in the Berkeley hills. One warm summer night we wandered about the extensive grounds naked and hand-in-hand, finally nestling together in the big lounge chair on the upper porch overlooking the San Francisco Bay, the radiant city spread out before us in a luminous arc.

After your second child (ours) had left your body prematurely, you seemed relieved but somehow also bereft. What unhappy memories it must have aroused! Your feelings for me noticeably cooled; in your head, I must gradually have become just another antagonist in that anguished other world. Before long you had left me—no recriminations, just thanks and goodbye. At the time I was very sad, but I'd always sensed that it would be the inevitable denouement.

Some years later conflicting rumors reached me. One said that you had gone to Mexico and become a prostitute, another that you were a buyer for a prestigious Oakland department store. (I could easily imagine that either or both might have been true.) It was more than half a century before I finally learned that you had taken a Ph.D. at U. C. Santa Barbara and become a professor of philosophy and women's studies at Washington University in St. Louis.

In your autobiographical Dyke ideas: process, politics, daily life, you acknowledged that your emotions were "often chaotic"—I could certainly vouch for that! The anger with which you wrote of your experiences with men before you became a self-professed, torch-bearing dyke in the Second Wave of women's lib suggested that those ardent males who came after me had been foxes in the hen house. I wanted to get in touch with you again but, searching for your e-mail address, I found only your obituary—you had died the previous year. How utterly heartbreaking! Long after we were together, I am reliving your profound unhappiness, which I remember so vividly and which I tried, with only intermittent and transitory success, to alleviate.

It's a very peculiar feeling -- I can still hear your voice so clearly. The book is an extended battle-cry on behalf of ultra-hard lesbianism, and yet there are long passages in which I could change only a few words sign my own name.

What it comes down to, I feel, is your effort to lead your life as the person you were rather than the person that your society told you to be. When I knew you, your training as a philosopher had already begun and you were eager to discover where your unconscious prejudices had come from. You hated to have your priorities rammed down your throat. In fact, I suspect that if you had grown up in a rigidly matriarchal society, you would have rebelled against that and declared your essential femininity!…

I think that your story, dear Joyce, points to an added dimension of lesbianism beyond the genetic—a change of direction that can come, not from an inherent sexual attraction to other women, but as a desperate retreat from the macho syndrome that's required for men to prove that they are truly masculine. (In fact, you acknowledge that you were heterosexual until women's liberation's Second Wave. Given the men that you apparently encountered, it's remarkable that you held out so long!).

And there's yet another dimension. The Battle of the Sexes, so often written about, is at least in part an externalization of the interior conflict that typically exists between the desire to yield and the desire to dominate. One or the other may become totally predominant and project the other urge outward, making others the object of scorn and derision. It's a manifestation of displaced self-hatred, an emotion which you, dear Joyce, wrote about at great length and with deep passion. (Ironically and paradoxically, your autobiography reveals that you felt most oppressed, not by men but by your mother.)      .

As for myself, from my earliest years I rejected the macho male behavior pattern and, knowing nothing of how sex actually worked, nevertheless imagined it to be in some manner a loving communion of equals. It still gives me a warm satisfaction that my instincts, however imperfectly realized and expressed, made it possible for you to have, however briefly, a heterosexual love affair based on affection and mutual trust.

Yours with an abiding fondness,

Am I too revealing, dear Joyce, of your most intimate secrets? I take my cue from the utter frankness with which you yourself have shared them with your readers.

December 2010. I've just  had a touching exchange with Joyce's companion during her last twenty years, to whom I wrote. If only I had reached her in time, she said, Joyce would have been happy to reminisce.

* At the same time, Joan Didion was a Berkeley Tri Delt. Twenty years later she would write, just as you were establishing your respective careers, that the Second Wave was already "no longer a cause but a symptom". I'd give a sizeable sum for a recording of any conversations you might possibly have had back in the days when you were both exploring your sexuality.