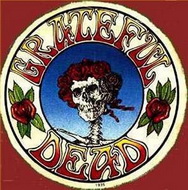 Back in the mid sixties when I was Production Director at KPFA, Gert Chiarito ran a late Saturday night show called The Midnight Special. It was a sort of folk/pop/rock jam session in which she invited musicians in to play on air into the wee small hours. Standards were very up-and-down and, being open-ended,  it wasn’t exactly the most popular shift among the broadcast engineers. Since I was in charge, I couldn’t let myself off the hook so I took my turn along with everyone else.

Gert spent lots of time in small informal venues, making notes on musicians she might invite onto the show. A couple of guitarists she heard at different gigs—a lead and a bass—struck her as a pair of musicians who might play really well together and so she suggested they come and work something out. It was all informal, nothing to be planned or rehearsed.

They both showed up one Saturday night in 1964 when it was my turn on the board. In the event, they really clicked. If the air check that I made that night had been saved, it would be worth a bank manager’s ransom. Their names? Phil Lesh and Jerry Garcia. The rest is history.

The scene shifts.  For the last quarter of the 20th century I was the sound designer for an electro-acoustic vocal ensemble called Electric Phoenix. We worked with a surround sound system and because we travelled a lot, the speakers had to be really small. My search led me ultimately to one of the most remarkable speakers I've encountered, the Meyer UPM. Designed as fill PA speakers to fit under balconies and in other confined spaces, they were so small and light as to be easily flight-cased in pairs, together with their limiter/phase/EQ control units. With threaded plates on both ends and sides, they could be mounted on any light bar strong enough to hold a spot, or even on mic stands. Having the relatively high impedance of 16 ohms, they could be driven off a single channel in groups of up to four without presenting a ridiculous load to the amplifier. Finally, their extended frequency response and lack of colouration at low levels also made them suitable for near-field monitoring of classical music location recording.

If the UPM is beginning to sound like the Schmoo, Li'l Abner's mythical beast that supplies every human need, you're not far off the mark. Like Schmoos, they were also indestructible: on one occasion at Glyndebourne, a ton of flying scenery with defective brakes landed on two of them which were suspended underneath and didn't even scratch the paint! 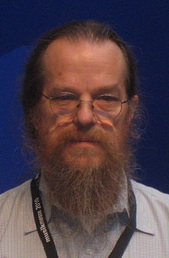 These speakers are an illustration of a basic principle I've come to believe in: great technology is a product not just of expertise, but also of the whole philosophical outlook of the designer and of his backers. In this case, the designer proved to be none other than John Meyer, the son of two of KPFA’s best radio producers, Chuck Levy and Virginia Maynard. As a kid he used to hang around the engineering department and from an early age was very much involved with audio design. In the early 1970s he helped the already up-and-running Grateful Dead to design their PA equipment. The Dead were very fussy about their sound quality—it had to be as clean and undistorted as for classical sound projection or the very best of home hi-fi. (Both John Meyer and I worked at different times for Thos Tenney, who ran Berkeley’s most elegant record and hi-fi-shop.)

The Dead were always known for their integrity, their search for excellence, and their imaginative generosity. All of us together at KPFA learned a valuable lesson: nothing is worth doing unless it makes you wake up in the morning thinking, “Oh boy! Back to work!”

John Meyer let me have my first four UPMs out of demo stock at half price. He also supplied delicate, highly sophisticated surround sound amplification for Loren Rush, an experimental California composer who was part of the old KPFA gang. Everything connects.