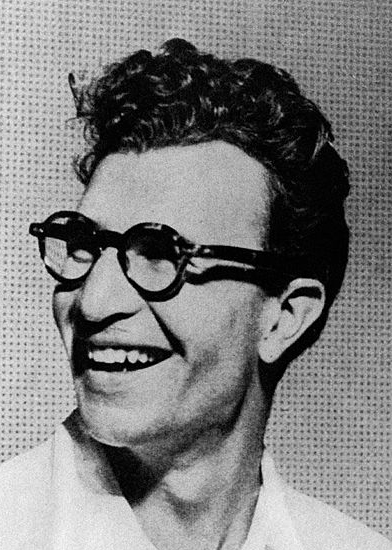 music wells up in the most unlikely places!

When I entered Stockton College in 1948, Dave Brubeck, who was ahead of me, was already a legend. He didn’t bother to write out his harmony and counterpoint assignments, we were told, but just sat down at the piano and played them. Years later he explained in a BBC interview that he wasn’t showing off: he couldn’t read or write music and so he had to work it out in his head and his fingers.

There was another story, which he has also verified, that his counterpoint teacher, J. Russell Bodley, once played a complex chord which no one in the class could identify. After a short pause, Bodley called out, “Brubeck! Wake up!”

In fact, Professor Bodley was directly responsible for Dave's legendary career. He assured him that it didn't matter that he couldn't do the written assignments--he had the music inside him!

I can vouch for the fact that Bodley was indeed a great teacher. For four years I sang under his direction in the College of the Pacific A Capella Choir, spending many revelatory hours delving deeply into the choral repertoire, from J.S. Bach's glorious Singet den Herrn ein Neues Lied to Zoltan Kodaly's fiendishly difficult Jesus and the Traders.

I would later learn that Dave and I had another great teacher in common. In the notes for his composition, Wilderness, he wrote, Three Jewish teachers have been a great influence on my life—Irving Goleman, Darius Milhaud, and Jesus. He arranged them in that order. I’ve written a separate page in this website that says how much I owe to Irving Goleman.

But I won’t waste any more of your time telling you what Dave says about himself so much more eloquently. Listen to these eight programs. I recorded them off the air in 1994 and they ended up on my shelves, complete with their Radio Times listings. Do other copies exist? Apparently the BBC doesn't have them. There’s a page in the BBC Genome website which lists the dates, the title, the interviewer and the producer and asks, Do you know whether these programmes were actually broadcast as scheduled? If someone at the BBC is paying attention, they will soon find out! 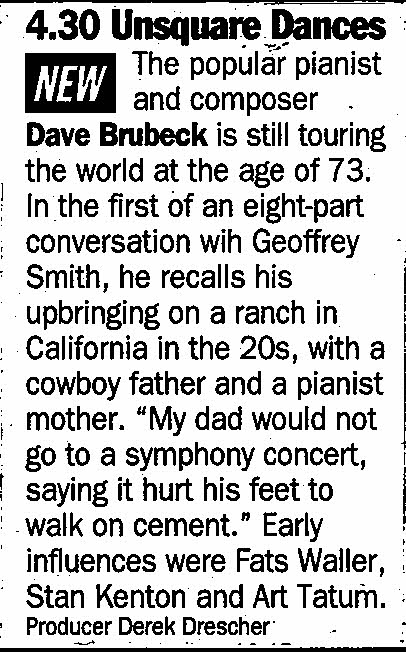 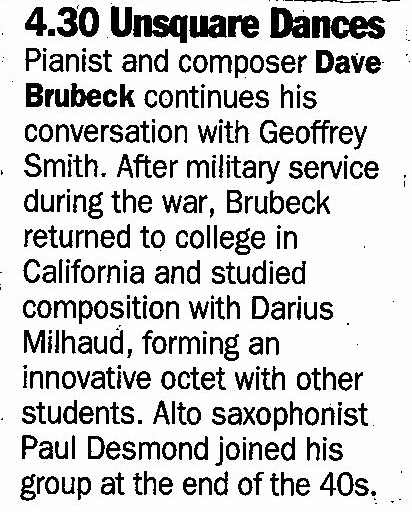 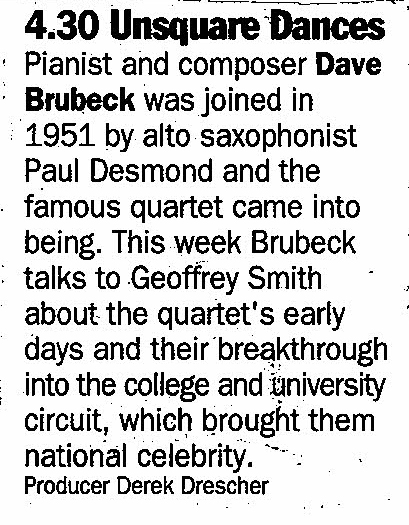 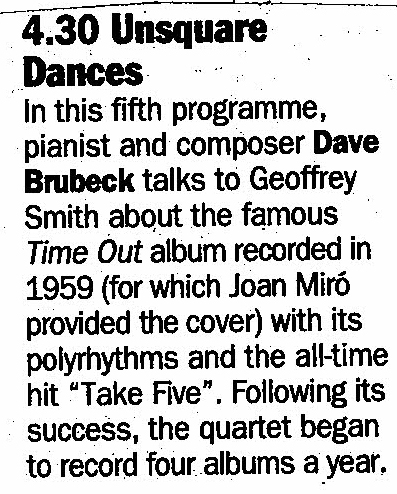 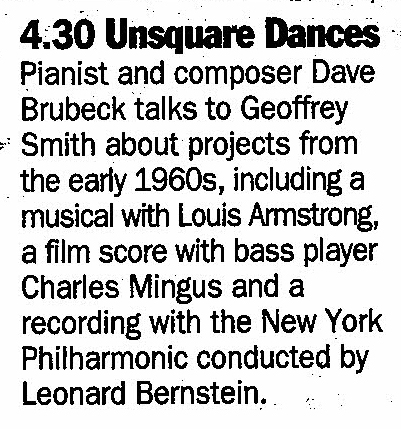 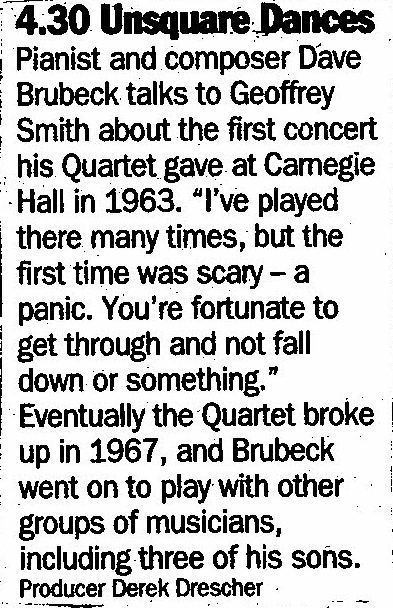 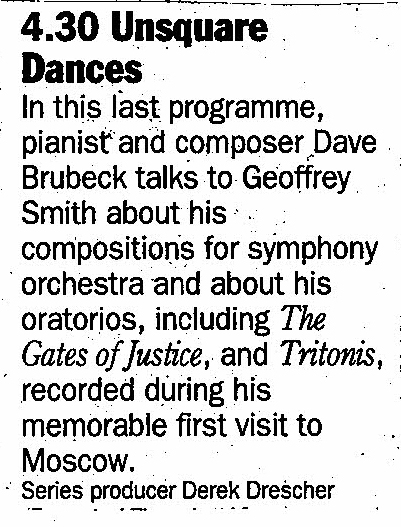